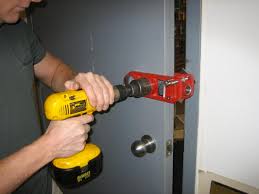 People who go by the saying “You Get What You Pay For” usually end up getting what they paid for. These people often opt for branded products and modern features and would sacrifice a high cost price for good quality. That is all well and good, until it comes to locks. You see, if you are a person who lives to pay good money for good return, you might just end up wasting a lot of money for something which didn’t deserve it.

Locks are a product selling at a diverse set of price ranges. This makes it a bit difficult to realize which are truly good enough and pay buck for buck. Although the modern locking systems are more hi-tech and often include layered and more detailed security systems, most people would still prefer the cheaper, sometimes more efficient deadlock or pin locks. To understand the reason for that, I’ll let you know how both of them work, and how exactly does the cheaper deadlocks win over the much more advanced modern locks.

There are basically, two kinds of lock categories known to people. One includes the simple, cheaper versions which mostly include deadlocks and similar steel built locks. The other involves more expensive ones including finger-print locks and digit-code locking systems. Now, the cheaper deadlocks might seem like a thing of the past, but even today, more than 80% of all security locks used in the world is these simpler versions. The major reason for that is the extreme price difference: where you can get a simple deadlock around 5$ in many countries, a fingerprint lock would cost at least 20 times or even more.  But even if we put the price aside, a cheaper lock has a somewhat lesser chance of being bypassed than the expensive one. How?

You see, these ‘superior’ locks usually work with a constant electricity supply. Simply disconnecting the source of electricity would make them ineffective. Even if someone does ensure an untouchable electric supply, it would cost them extra on the electricity bill.

Cheaper locks here are electricity independent. This makes them a secure method of protection at all times. However, some people still opt for the expensive ones even after all we’ve stated above. Surely there must be a few pros of the modern locks?

There are many. But most of them include factors like layered security and complexity. This makes them dependant on the situation they are being used in. A home might not have any use of such a lock, but a business building with important documents inside might just need to upgrade. A drawback however, is that you either pay a lot and get the best, or pay average and get something unsatisfactory. There is no middle ground.

Therefore, we suggest that if such a situation arises where you feel the need to truly enhance security measures, than such an investment is justified. But if you’re a common homeowner or office employee and think that an expensive lock will increase security, and then you’re wrong – a deadbolt would do just fine here. 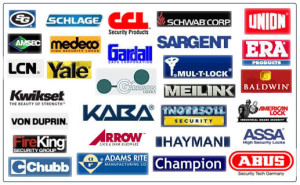